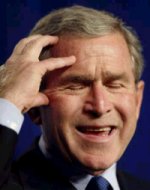 In this instance, it seems to me that Novak allowed himself to be used in a really unfair way for ideological purposes…It seems to me appropriate to find out if somebody in the White House put ideology above the law.
Carl Bernstein
Editor & Publisher 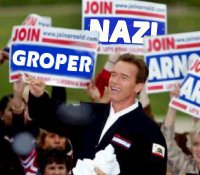 You know when you get into politics they try to tear down your character, and tear down everything you stand for…But at the same time, I have to tell you, I always say wherever there is smoke, there is fire. That is true. And so what I wanna say to you is, is that yes, that I have behaved badly sometimes.
Arnold Schwarzenegger
Los Angeles Times 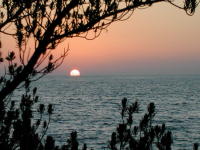 Thankfully, cable television and wireless communication on the mangrove-covered islands of southwestern Florida’s intercoastal waterways can be a sketchy affair. Frequent power outages and a cell footprint less dense than my wireless provider had lead me to believe guaranteed two blissfully uneventful weeks wandering white sand beaches perfumed by orchid and eucalyptus outside the media’s bubble of vague provocative urgency.
Without suspecting conspiracy, my cable did stabilize long enough one afternoon to display Wesley Clark’s presidential announcement and the odd occasional bits of what passes for morning and evening cable news.
What a difference a year makes!
Last year I sat muttering before a sputtering island television as the President of the United States spoke about robotic Iraqi planes from the rotunda of my beloved Union Terminal.
This year it seemed it was the President, his men and allies in the press who were sputtering more than the erratic signal from my island TV.

Certainly the stark fear evidenced in the wide eyes and loose jowls of the babbling Prince of Darkness these past few days are strengthening the legs of what could be called IntimiGate.
I’m back. My tan is fading and the scent of wild orchid no longer perfumes my living space. My email is jammed with Kerry, Dean and Gephardt updates.
If I’m starting to feel that vague provocative urgency what are Carl, Scooter Rush and Arnie feeling?
- posted by Sean @ 1:37 PM 0 comments