The silly fast and loose tele-play with what is and isn't, witnessed daily on “our screens”, defines the Bush era under George the Lesser.
As with the shameful Disney attempt to rewrite Bush's 911 cowardice out of pop history, it is worth noting that a prime rule of the disinformation game is simply getting the lie, challenged or not, out there. 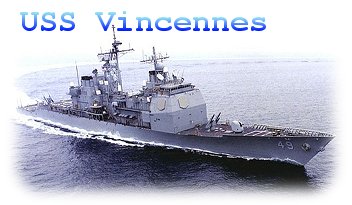 I always use 1988's Vincennes Incident to illustrate how a seeming impossibility can, with some lazy TV coverage, become the illusion of truth.
At the time it was reported that a US navel vessel shot down an Iranian passenger jet flying over the Persian Gulf...it is later kind of reported that radar showed the jet in an attack approach.
Anyway, shortly after the reported shoot down "Iranian home video" appears on CNN of naked unblemished adult bodies floating on water said to be the Persian Gulf.
First, it's 1988.
How many camcorders are in Iran and what are the chances the camera operator would be so close to the mid sea impact site?
Second, you are a passenger on a jet that has just exploded from a sea to air missile impact.
Do you really imagine that, following such a horrible event; your whole, unblemished and completely nude body would be discovered floating with 7 or 9 other unblemished, whole and completely nude alleged passengers in the middle of a large body of water like the Persian Gulf?
What ever you think, the footage was described as pictures of the Iranian jet victims.
Over the passage of time, the footage, of course, has disappeared from our collective infopop memory.
For several years following 1988 it would occasionally appear in newscasts when the topic of the Vincennes was discussed.
Get the lie out...it floats and lingers far longer than a body in heavily shark-infested waters. 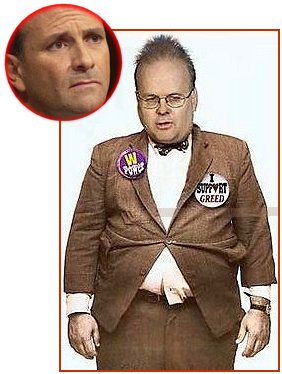 The car came to a stop, Abramoff stepped out...the conversation between Abramoff and Karl Rove was easily heard. "We've got a problem, Jack." Rove mentioned a member of the House who was not cooperating..."We need to clamp down. We need this to stop. Can you put the fireman [Tom Delay] on this".

Returning to the car, Abramoff explained the sly street corner shenanigans with the chief presidential advisor as a regular thing:

It's just easier.... Like I said, everything that comes out of the White House is logged in...So this is just easier. It keeps things a lot cleaner. And he's a fat fuck, and he can use the exercise. If the weather's nice, we meet in a couple of spots, and if not, he'll drive over and come in through Signatures [Abramoff's restaurant] or one of the other spots."

Shades of moving Watergate flower pots!
While not the only headline in the nugget-packed Slater/Moore book and long suspected by the left, today's excerpt imbues a feeling of criminal chicanery and guile to the ordinary Bush administration conduct of national business that begs for further investigation.
I also find it very interesting that the President's most powerful assistant, wanting something accomplished in his party's majority Congress, has out-sourced muscle "fix" their House Majority Leader's role rather than simply making a personal phone call to that Republican Congressional leader.

The Mouse That Revised 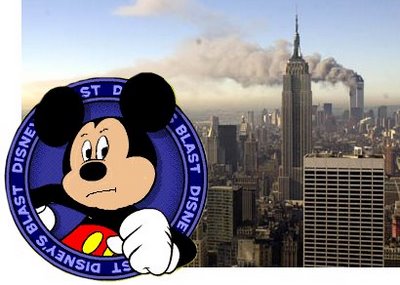 The Disney Corporation is under considerable pressure from Democratic leaders and the big liberal blogs to revise or cancel a revisionist history miniseries about September 11 scheduled to air this coming Sunday and Monday.
The New York Times around noon posted an Associated Press report that a letter of protest alleging defamation was sent to Disney CEO Rober Iger by Madeleine Albright, Sandy Berger, Bruce Lindsey and Douglas Band earlier this week and quotes a Clinton Foundation spokesperson:

ABC/Disney acknowledges this show is fiction and in direct contradiction of the 9-11 commission report…it is despicable that ABC/Disney would insist on airing a fictional version…No reputable organization should dramatize 9-11 for a profit at the expense of the truth.

The ABC affiliate in my corner of the enchanted forest is WCPO-TV9.
This is a fine station with a rich local history and a tradition of local news excellence.
I watch their newscasts on a fairly regular basis.
I called WCPO this morning to politely ask that they separate their tradition of accurate new reporting from their current network’s truthy and pro Bush spin-packed 911 miniseries.
If you feel so inclined call WCPO-TV at 513-721-9900.


The highlighted Davis votes indicated in the video were his May 24, 2005 vote against the Stem Cell Research Bill (the spot doesn't mention his July 19, 2006 vote in support of Mr. Bush's veto), his July 26, 2005 vote against creating a Small Employer Health Benefits Plan and his November 2, 2005 vote to exclude internet communication from the definition of constitutionally protected public speech. 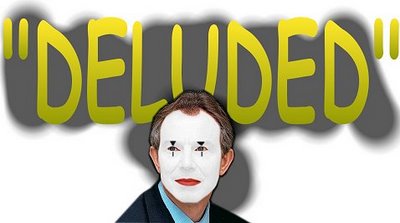 One [senior minister] described Mr Blair...as "deluded", while another said he was being "self-indulgent"..."This pantomime has to end".

Why Isn't This a Campaign Issue? 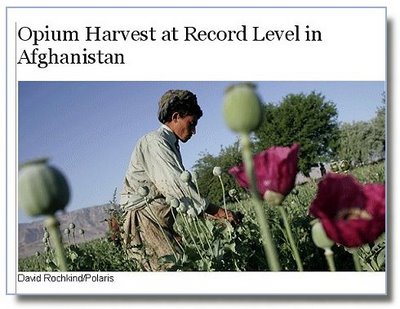 From this morning's New York Times:

Afghanistan’s opium harvest this year has reached the highest levels ever recorded..."This year’s harvest will be around 6,100 metric tons of opium — a staggering 92 percent of total world supply" [according to the Executive Director of the UN Office on Drugs and Crime].