The FBI believes it has "solid" evidence that the suspected mole supplied Israel with classified materials that include secret White House policy deliberations on Iran.
--CBS News 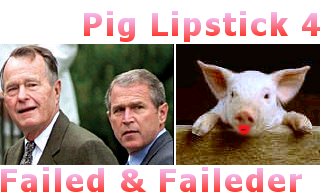 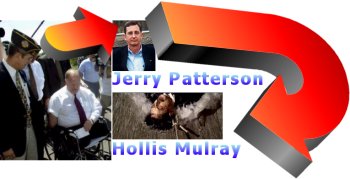 Kings and a pig and vague feelings of Polanski's Chinatown. 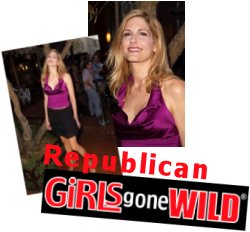 Our unintentional pre GOP convention theme week of naughty Republican women has expanded thanks to an item in the Washington Post’s Reliable Source column detailing the efforts of Senator Norm Coleman’s middle-aged wife Laurie to jam herself onto Hollywood’s C or D list with a series of:

My goodness, she’s drinking cocktails?
What’s next chain-smoking Benson & Hedges 100’s like the First Lady?
I’m hoping she and Norm are inspired after attending Naked Boys Singing (unofficial fan site) to restage her November 21-26, 2000 Women's Club of Minneapolis triumph in the Vagina Monologues for fellow GOP luminaries.
What an edgy sexual treat for weary conventioneers! 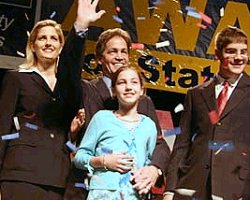 Online readers of the Washington Post were not privy to the racy photos of this more seasoned aspirant to the glam ranks of ingénue Hollywood but a short Google provides Daily Celeb.com pix of the bosomy Mrs. Coleman inferring youth by proximity to the younger, mostly unknown, Hollywoodians at the (snicker) July 21, 2004 Kerri Kasem birthday bash in Los Angeles.
Riding Norm’s and Minnesota’s electoral coat tails allowed our Laurie to rub smooth pink elbows and par-tay with such glamster lowlights as Carter Oosterhouse, Courtney Pelden, Manouschka Guerrier, Maria Conchita Alonso and, father of the birthday girl Casey Kasem himself.
Wow!
If Laurie’s looking for a fullish convention dance card among conventioneers sharing former Congressman Robert Livingston’s tastes, let us hope she had the presence of mind to pack her riding crop along with her traveling bustier and thigh-high stiletto boots.
Should the Coleman marriage falter could our Laurie possibly be a future Mrs. Larry King???
Stay tuned. 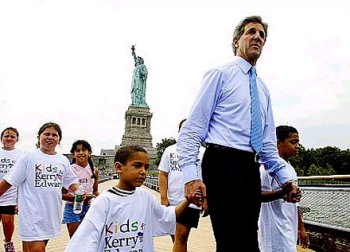 Those church-going Bush girls continue to inhabit the tabloids with tales of their various near occasions of sin.
This morning the New York Daily News reports a dishy profile of Twinkle and Turquoise (Secret Service codenames) will appear in an upcoming edition of New York magazine.

The President's rambunctious twin daughters have been carousing all over Manhattan in recent months - knocking back tequila shots and closing down clubs with some of the city's richest kids.

The story also confirms information presented on Wonkette by a young female Washington, DC club hostess that the girls favorite pickup line is:

"My daddy's the President," Jenna explained to general befuddlement.

Lets hope the girls get in sync with the family tradition of faking health, fitness and national service.
So far, it’s looking as though some vague half-formed idea of Texas community service and morning (shudder!) wake-up calls could soon loom in the pair’s future. 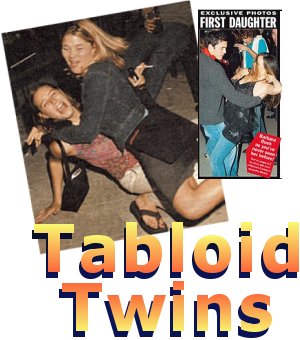 News of the infamous Bush twins circulated today with the announcement of an email by the first daughters to 18 to 24 year old supporters of their father.
According to the Associated Press:

The Bush twins also advised young people not to allow schoolwork, parties and extracurricular activities to prevent them from entering the voting booth.

The dangers of binge drinking, naked parties, girl-girl kissing and voting were not discussed.
If Jenna and Barbara’s Journal on the BushCheney’04 site is any indication, students needn’t fear an onslaught of spam from the twins who, in a manner most presidential, have published only one short post since their July 28, 2004 inaugural. 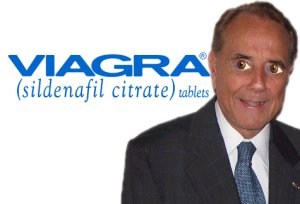 Not every one of these people can be Republican liars.

Oh, Bobbie, Bobbie, yes they can.
A clever reworking of the “Are you going to believe your lying eyes” gambit along with a generous dose of compliant faux-baffled media and, presto, another thought-clogging generational puff of dirty Bush chaff and smoke similar to Dukakis in '88, McCain in 2000 and Cleland in 2002.
Later in Wolf’s interview, as Bob metabolized his meds, he managed a brief glimmer of rationality:

Even though they didn't get a bounce in the convention, you know, people got to know John Kerry. I think most people liked what they saw. There's a little backlash now because of all the Vietnam thing. But he's probably ahead.

Careful Mr. Elizabeth, that slight off-message bit could provoke Karl to revisit some of your preliminary WWII “scratches”.
Atrios excerpts vintage August 1976 Dole, as quoted in the Gray Lady:

Today, we have those who would signal weakness and generate strife by declaring that those who served this nation in her armed forces deserve no greater consideration than those who turned their backs and scurried away.


Images: Pfizer, US House of Representatives