Over war we have to pray,
Telefibbies still hold sway... 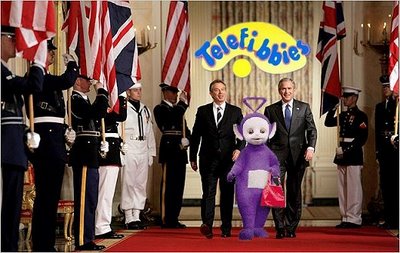 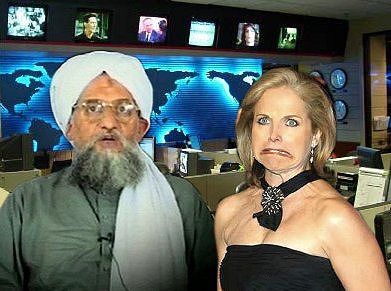 Could our tired eyeballs, next month, spot alQaeda's mastermind with another new video setting and, perhaps, the addition of a (shudder!) perky female co-anchor to further spite the Not So Great Satan?
As the Bush maladministration continues its decline into historic shambles the still free-ranging alQaeda spokesmodel Ayman alZawahiri's almost monthly video love notes display a continued and expanded usage of American TV news clichés.
Today's release highlights the metal-toned fake lite grid and large photo blow-ups that were the rage on late 1960 and early 1970 era public affairs and news programs.
As with Dr. Z’s over-exposed turban bloom, evident in today’s footage, the wide areas of black backdrop behind a photo and metallic setting of this type can create havoc for technicians operating the camera aperture as well as for those engaged in theatrically lighting the staged area.
I know this because I personally directed hours of similarly staged programming for several major television stations.
It seems absurd, in the light of sophisticated alQaeda TV production techniques, to believe the commonly accepted media notion that young terrorists with laptop computers produce these videos.
As I hinted several weeks ago, only fairly large production companies produce the type of studio video product that was aired this morning on Al-Jazeera. 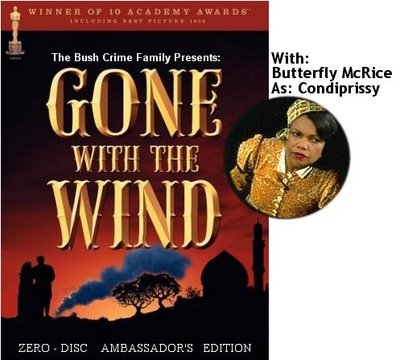 Miss Scarlettbush: Well, what is it?

Condiprissy: Lawsy, we got to have sustainable new middle eastern territory but, I don’t know nothin’ ‘bout birthin’ no multi-national framework for real peace! 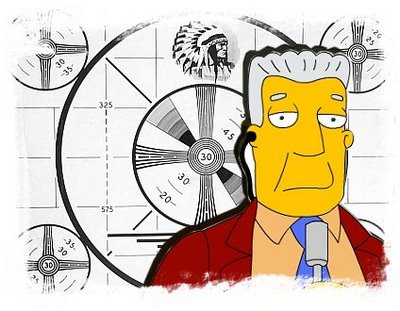 "When educators…look over their broadcast journalism classes, they often don't see a single male student looking back…observers suggest that their departure reflects the transformation of TV news from a "glamour" business to a low-wage, no-growth field with limited career potential."
--The Washington Post, July 23, 2006