A story, more or less hidden, in the Christmas morning edition of the Washington Post by Thomas E. Ricks describes “an indictment of the education and performance of senior U.S. officials involved in the [Iraq] war” by Maj. Isaiah Wilson III, an Army historian and strategist who from July of 2003 until March of 2004 was “the chief war planner for the 101st Airborne Division” and “served as an official historian of the campaign” in Iraq. 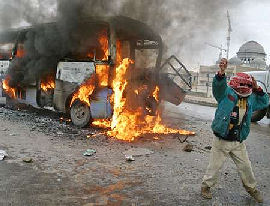 The Post describes Wilson’s “essay” as similar to previous criticism of Iraq war planning but that these criticisms “until now…have not been stated so authoritatively and publicly by a military insider positioned to be familiar with top-secret planning.”
The Post quotes Wilson as saying the uppermost echelons of US civilian and military leadership “failed to grasp the strategic situation in Iraq and so not did not plan properly for victory” and that “because of this failure…the U.S. military remains ‘perhaps in peril of losing the 'war,' even after supposedly winning it.’”
The Post, and one assumes Maj. Wilson, does not investigate why this present state of shocking failure has happened, indeed, one imagines Pontius Pilot’s hand-washing bowl, if transported to modern-day Washington would be inundated with clucking elites eager to disassociate themselves from the orphan of this treasonous failure.
But, no matter, a Christmas morning publishing event virtually guarantees the unnoticeability of this uncomfortable story along with, what is becoming a regular compliant media feature and Bush signature, the enabling Judas kiss of apparent public exposure.

And, hey, that desperately tap-dancing Rummy sure is a cut-up within smaller and more controllable groups of prop soldiery, isn’t he?

While Ricks’ story of Wilson’s indictment will likely join Colonel Dowdy, the looted Iraq national treasures and huge civilian casualty rates in the nether darkness outside the many false and purposefully dazzling lights of corporate newsury, the question of why this historic failure happened remains.
While civilian politics has always beset the upper ranks of America’s military, I think it is safe to say that never before in American history have political interests so hamstrung our vast military machine.
Indeed, to this casual but interested observer, it seems that the rightwing penetration of the Pentagon, begun in the mid 1980’s by none other than Newt Gingrich and currently promulgated by today’s infamous neo conservatives, has culminated in the Valley of Death some see looming before our people and troops today.
I have no solution and no comfort neither for our weary and treasonously led troops nor for you dear reader.
Ricks’ story is an ugly one I would urge you to read before it vanishes into what some on the web call the memory hole. 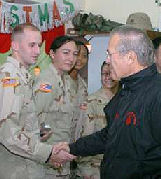 Rummy in Mosul on Christmas Eve.

Our “leaders”, like Rummy currently on his Love Me Tour and certain highly placed others, seem to adore theme jackets when milking our enlisted before the electronic eyeballs of the quiescent national audience.
I’d like to suggest one or several jackets constructed of, perhaps, unfashionable but well-deserved and hardly unique materials such as tar and chicken feathers and that they wear them while, again perhaps, tied hand and foot to a rail and being figuratively and literally run out of town.
While offering some meager protection to these “leaders” from the shrapnel of public condemnation I know these desperately needed jackets would boost troop morale.

It is not in the stars to hold our destiny, but in ourselves.
Sweet are the uses of adversity.
--William Shakespeare 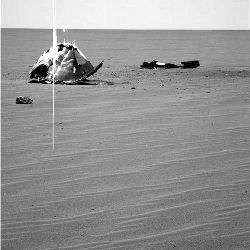 The Opportunity Rover's image of its heat shield on the Meridiani Planum taken December 21st.

This Christmas Eve of 2004 finds your humble blogger anxious for the year to conclude; a feeling I’m confidant others share.
Within this lurking gloom it is imperative that humanity’s shining spirit banish the furtive darkness while illuminating the shared dreams and hopes alive in our better souls.
This hopeful yearning is, really, all we have.
A life without hope or wishes or dreams is a life unlived.
Surely modern America’s greatest dirty little secret lies within the sad, mind-altered and pernicious lives of many of our wealthiest citizens.
Multiple gigantic homes, constant travel and endless possessions cannot erase the ironic emptiness inside these materially bloated souls; it seems, defying surgery, to be etched onto their very faces.
None of our lives are perfect and even within the nirvana of exponential western consumerism not one of our lives will ever be.
A certain imprisoned hero of mine would say, “It’s a good thing.”
This hungry human spirit can never be sated; a dream fulfilled leads inevitably to greater dreams.
‘Twas ever thus and will ever be.
So to every one of us this Christmas Eve, each a revolution in our every step, let us look to the stars with joyful hope for our shared destiny. 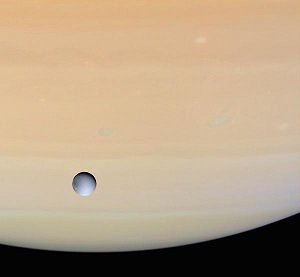 Cassini's image of Saturn and its moon Dione.

The Jet Propulsion Laboratory’s Mars Rover and Huygens-Cassini websites regularly provide awe-inspiring otherworldly vistas that previous generations could only dream about.
I would urge a visit and, in a hopeful vein, the crossing of fingers as NASA, the European Space Agency and the Italian Space Agency, tonight, via the Cassini probe launch the Huygens vehicle on its 3-week descent onto the surface of the Saturnian moon, Titan.

Please accept my thanks for your readership and my best wishes for a merry and dream-filled Christmas!

If your looking for a bit more proof regarding the coddling of Washington, DC Republicans by our alleged major media look no further than last Thursday evening’s arrest of Tom Loo, the chief Republican Economist for the House of Representatives Small Business Committee.
From my Googling only Wonkette, the New York Daily News and the pricey subscription newspaper Roll Call are reporting that Barney Frank’s long-time aide Dan McGlinchey caught Mr. Loo red-handedly engaged in the act of stealing a brand new plasma TV from the Small Business Committee’s Rayburn House Office Building hearing room.
According to the Daily News:

McGlinchey said he had gone to his office at the Financial Services Committee about 10p.m. Thursday to catch up on some paperwork when he saw Loo loading a wrapped-up flat-screen plasma TV onto a cart. "I didn't recognize the guy," McGlinchey said. "He seemed really agitated. I noticed the TV was gone, and when I confronted him, he started walking really fast down the hallway with the dolly in tow, mumbling, 'Must leave, must leave.'" McGlinchey gave chase. Loo abandoned the 42-inch, $7,000 TV and ran into the stairwell, McGlinchey said. One floor down, Loo ran into the arms of the cops.


The article goes on to mention a “rash” of recent high-tech equipment thefts around the Capitol and one supposes Mr. Loo has been experimenting with a small business venture of his own.
A curious and timely Christmas tale but, as in-the-know liberals sagely nod, one that hasn’t yet caught the fancy of television producers or editors at the major daily papers more consumed with the trivial seasonal delusions of Republican fundamentalists than any commission of sin by the same.
Bah Humbug! 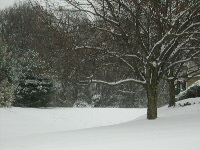 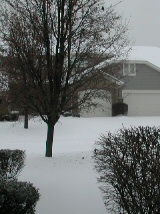 Here at planetsean global HQ we are having a glorious good time and hope you are as well!

CNN, this afternoon, reported that agents of the Time-Warner subsidiary monitored, on a “conventional car radio”, the brief broadcast Wednesday of an unlicensed pirate radio station operating on a vacant frequency in the metropolitan Washington D.C area.
Calling itself "Guerrilla Radio, WSQT", CNN reported, among other things, that the station’s announcer called for “massive protests” surrounding the 2nd Bush Inaugural similar, I would imagine, to the protests not covered by CNN surrounding the 1st Bush Inaugural.
While failing to mention that it had likely been tipped to the unscheduled broadcast by the allegedly radical perpetrators, CNN reported that it dutifully tipped the nudity-crazy Federal Communications Commission to its exclusive report of a fully dressed radio pirate.
The originator of urgent, unsettled and generally shouted programs such as Crossfire and The Capital Gang went gallingly on to criticize the pirate station’s programming as “urgent, unsettled…generally shouted.”
Due to my post election rule forbidding most cable news programming in my home, I missed the CNN broadcast report within the laughable establishment spin machine commonly referred to as Judy Woodruff’s Inside Politics.
Scanning CNN’s empurpled web prose makes me wish I had witnessed Judy’s no doubt wide-eyed read of this curious story that has, as of yet, only been repeated by the India Daily. 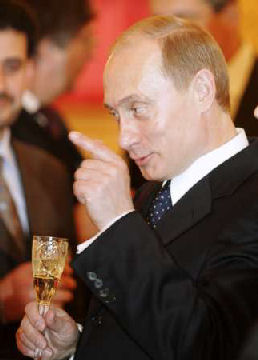 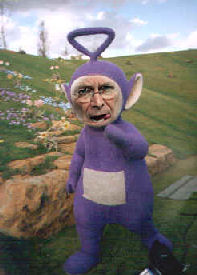 He's a caring fellow...a good human being who cares deeply.
--the President on Rummy