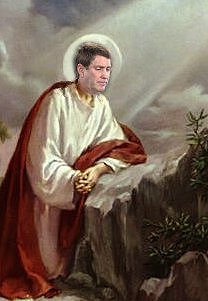 Right-wing Christian groups and the Republican politicians they bankroll have done much since the last election to impose their particular religious views on all Americans. But nothing comes close to the shameful declaration of religious war by Bill Frist, the Senate majority leader, over the selection of judges for federal courts.

Editorial in this morning's Boston Globe:

For Frist to suggest that honest differences over policy issues are proof of a religious bias in Democrats is even more scary than it is smarmy... Frist now seems determined to join DeLay in leading the Republican evangelical Christians against the rest of the world.

A statement from Rabbi David Saperstein, Director of the Religious Action Center of Reform Judaism:

Bill Frist plans to join a telecast whose organizing theme is that those who oppose some of President Bush’s judicial nominees are engaged in an assault on “people of faith” is more than troubling; it is disingenuous, dangerous, and demagogic.

Statement from Ralph G. Neas, President of People For the American Way:

Senator Frist's desperation to achieve partisan domination over the federal judiciary is showing. His embrace of such dishonest, destructive, and despicable tactics demeans the Senate and his office.

It is really beyond the pale. He should rise above this. God does not take part in partisan politics.

A tyrant must put on the appearance of uncommon devotion to religion. Subjects are less apprehensive of illegal treatment from a ruler whom they consider god-fearing and pious.
--Aristotle 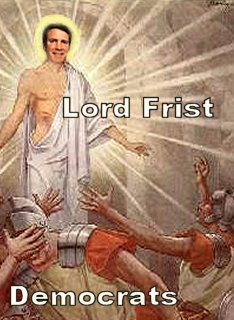 Having failed to best the Minority Leader’s knowledge of traditional Senate rules, the Senate Majority Leader has taken a cue from his President and House Majority Leader to wrap himself deeper within the downy folds of the extreme right wing’s version of religious piety.
According to this morning’s New York Times, Bill Frist will speak to what is being called a “Justice Sunday” teleconference originating at a Louisville, Kentucky “mega church” to claim that Democratic use of the filibuster against President Bush’s extremist judicial candidates is really an attack upon what he calls “people of faith”:

Fliers for the telecast…depict a young man holding a Bible in one hand and a gavel in the other…Some of the nation's most influential evangelical Protestants are participating in the teleconference in Louisville, including Dr. James C. Dobson, founder of Focus on the Family; Chuck Colson, the born-again Watergate figure and founder of Prison Fellowship Ministries; and Dr. Al Mohler, president of the Southern Baptist Theological Seminary…The telecast also signals an escalation of the campaign for the rule change by Christian conservatives who see the current court battle as the climax of a 30-year culture war.

That the hopelessly rule-muddled Majority Leader would hitch his star-crossed political wagon to the version of religious governmentalism espoused by SpongBob’s arch nemesis and one of Dick Nixon’s dirty tricksters shows the futility of his tradition-defying cause.
I was intrigued by the term “mega church” which I promptly Googled along with “Justice Sunday” and “Louisville”.
I got some interesting results.
While the Google-impaired New York Times failed to identify the organizing church, a Family Research Council document posted on the Free Republic site stated that Frist’s sermon on the mount would take place at the Highview Baptist Church in Louisville.
The webpage for the Highview Baptist mega church proudly markets itself as “one church two locations” and displays images of two mammoth facilities on opposing sides of Louisville, photographs of a huge ministerial staff and endless lists of church-related activities including 27 separate activities occurring on the April 24th date separate from the Frist-Dobson event.
The Highview Baptist mega church webpage does not indicate the size of its multichurch congregation, however, an online story from Louisville Magazine describes another local mega church (Southeast Christian Church) and provides clues to Frist’s real political interest in the mega religious marketing concept:

Its members drop about $250,000 onto the collection plate every week. Including building-fund donations, they have given $63 million over the past four years…The sanctuary of its new $78 million church complex…will seat 9,000 people, 3,000 more than a full-capacity Louisville Gardens. The new complex has 50 acres of parking (about 4,800 spaces), 402 toilets and more floor space than National City Tower in downtown Louisville…[The church has] 12,000 members and an average weekly attendance of 10,500. 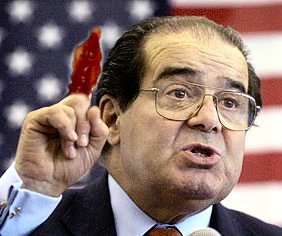 The New York Post, this morning, reports the Supreme Court Justice most ill disposed toward privacy rights, while speaking to students at the New York University Law School on Tuesday, had his own privacy luridly questioned:

One gay student asked whether government had any business enacting and enforcing laws against consensual sodomy. Following Scalia's answer, the student asked a follow-up: 'Do you sodomize your wife?' The audience was shocked, especially since Mrs. Scalia [Maureen] was in attendance.

Scalia held a Q&A session with students. Two big rooms packed full of people. He started off by giving a rather standard talk...Then came the student questions. The second question started off by asking why Scalia finds no right to privacy in the constitution ("because the Framers didn't foresee it," Scalia replied more or less). Then came the bombshell from the student: "Do you sodomize your wife?" Scalia rather calmly replied "next question" but the student kept at it, yelling into the microphone about hypocrisy before finally sitting back down.

Hallowed Be Thy Action Figure!

The Pull My Finger President Bush plush doll, the President Bush Jack-in-the-box and the talking President Bush action figure will finally have other morally acceptable dolls to play with this June.
One2Believe.com, a subdivision of the Beverly Hills Teddy Bear Company, is set to release 12” high Scripture-quoting dolls of Jesus, Mary, Moses, Esther, Ruth and David in a toy product line called Messengers of Faith.
According to yesterday’s New York Post:

The realistic, foot-high dolls recite up to 33 Biblical verses at the push of button in the doll's back…The $25 religious dolls have authentic period clothing…rooted life-like hair and bright glass eyes. The characters are also movable and can grip objects.

Hopefully the Messengers of Faith and their action grips will avoid the finger of the Bush plush unless pushed by the utter banality of the talking toy President’s pre-recorded messages, including “If you want to fight evil, do some good!" and “Glad to be in the midst of Patriots.”
Dolls rumored to be on the Teddy Bear Company’s drawing board include new non-talking, non-action figure dolls of John Paul II and Terri Schiavo. 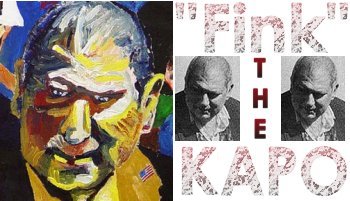 According to the Simon Wiesenthal Center a Kapo was:
A prisoner chosen by the SS to head a work gang made up of other prisoners. Often chosen from the criminal element, the Kapos were treated better and, more often than not, brutalized other prisoners.

The mysterious Arthur Finkelstein has for more than 25 years been at the forefront of the GOP's efforts to demonize political opponants as anti-family homosexual-supporting exemplars of a fanciful ultra left.
Finkelstein's latest smear target is New York Senator Hillary Clinton.
On Saturday the New York Times reported:

Finkelstein, 59...said in a brief interview that he had married his partner of 40 years to ensure that the couple had the same benefits available to married heterosexual couples.
"I believe that visitation rights, health care benefits and other human relationship contracts that are taken for granted by all married people should be available to partners"...Mr. Finkelstein's associates...did not view his marriage as a political statement...[and] declined to provide his spouse's name...Boston Magazine [the publication that outed Finkelstein in 1996]...reported that Mr. Finkelstein lived with his partner and two children in Ipswich, Mass.

Clinton wasn't about to let just anybody attack his wife - especially a gay Republican operative..."He went to Massachusetts and married his longtime male partner and then he comes back here and announces this. I thought, one of two things. Either this guy believes his party is not serious, and is totally Machiavellian in his position, or there's some sort of self-loathing there. I was more sad for him."

From the Fall 2004 edition (HTML) of the Essex County Trail Association News of the Massachusetts communities of Essex, Ipswich, Hamilton, Topsfield and Wenham: 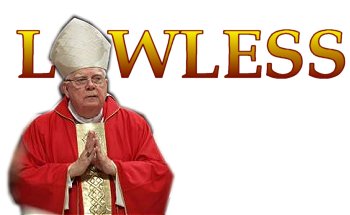 The Vatican's decision to let Cardinal Bernard Law lead a funeral Mass for Pope John Paul in Rome has prompted outrage...saying the decision to give Law a prominent role in the pomp and circumstance surrounding the pope's death came as a slap in the face.

Who began to twitch and was reduced to just a stitch of what was once the Wicked Witch.
--Munchkin Observer

Not to mix movie metaphors but with the possible exception of the cowboy hat and tummy full of corn squeezins I fail to see much difference between UN ambassador nominee John Bolton and Chill Wills portraying Drago in the John Wayne film McClintock.